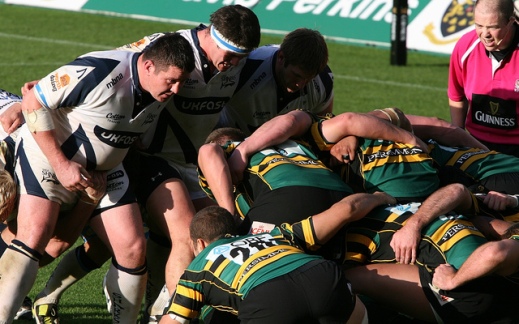 Premiership Rugby Limited (the PRL) is the company that commercialises premiership rugby union in England.  Its CEO, Mark McCafferty, has publicly rejected claims that Premiership operates as a cartel.  He relies on the fact that English rugby union utilises a system of promotion and relegation for determining which teams compete amongst the professional elite.  That being the case, the PRL, which is made up of representatives of each of the Premiership teams, together with the sport’s governing body, the Rugby Football Union (the RFU), may have found ways to create a cartel by stealth.

At the conclusion of the 2012/2013 season, London Welsh won the right to be promoted to the Premiership, having successfully traversed the controversial playoff system in the league below, the Championship.  They were denied the ability to exercise that right by the RFU when they failed to satisfy additional entry criteria; criteria requiring all clubs entering the Premiership have “Primacy of Tenure” at their home stadium, despite the fact that 3 incumbent teams (London Irish, Wasps and Saracens) did not.

The RFU, who accepted that the rule was a prima facie restriction of competition within the meaning of Article 101 TFEU, sought to defend it by claiming it was an example of a regulatory ancillary restraint inherent to the organisation of the sport as per Case C-519/04 P Meca-Medina (ECLI:EU:C:2006:492), applying Case C-309/99  Wouters (ECLI:EU:C:2002:98).  The obstacle that they could not overcome, however, was that it was demonstrated to the Tribunal that more than 3 teams without primacy of tenure could be accommodated without jeopardising the attainment of the legitimate sporting objective. The rule therefore, considered together with its existing exemption, was subject to the provisions of Article 101. All the parties agreed at the outset that the rule’s purpose was to exclude a certain class of potential new entrants from the market; teams who were not the primary tenants of their home stadium, despite their competitive superiority as compared with their rival teams.  Allowing three incumbent teams to continue to compete in the Premiership without any form of sanction, whilst attempting to prohibit London Welsh from doing the same, was a clear example of exactly the kind of conduct that that Article 101(1)(d) prohibits.  To take the point to its conclusion, had one of those three teams been relegated from the Premiership and sought re-admittance the following year, it would have been highly unlikely that their path would be blocked in the same way.

The enforcement of the additional entry criteria in this case, taken in isolation could be regarded more as a bureaucratic slip, rather than an example of a nefarious cartel; the RFU were simply enforcing a set of rules devised by, and agreed upon, by representatives of the professional game, and which the OFT had cleared following a brief investigation in 2003.  However, when one considers this rule alongside the rules governing the provision of central funding, a slightly different picture starts to emerge.

The PRL are responsible for the sale of broadcasting rights for all its games.  Collective sale agreements of broadcasting rights are something that has become a feature of professional team sport in Europe, despite the fact it is essentially price fixing.  That is due to the fact that, when done correctly, these agreements are able to satisfy Article 101(3) because of the efficiencies they create and the benefits they pass on to the consumer.

In the case of Premiership rugby union, who received £152 million from BT for the right to broadcast its games over a period of 4 seasons, the collective sale of those rights has not been subjected to Commission scrutiny.  If it had, some difficult questions may have been asked.

The PRL together with the RFU, devised a system for the distribution of central funds amongst the Premiership teams.  Those funds are made up, in part, from the revenue generated from the collective sale of broadcasting rights, and allocated on a share system.  There are 3 kinds of shares; P Shares which have the most value, are perpetual and were handed to all the teams competing in the Premiership at its inception (in 2005); B Shares, which a team are given upon entry to the Premiership, which they then lose again immediately upon being relegated; and, A Shares, which teams accrue at the rate of 5 per year, for a total of 6 years up to a maximum of 30 Shares.  They lose these A Shares at the same rate after being relegated to the Championship.  The controversy primarily surrounds the operation of the P Shares.  A team newly promoted to the Premiership, will not possess a P Share, and will be ineligible to purchase one (at market value) until they have completed two consecutive seasons in the Premiership.  This means they operate at a significant economic disadvantage to their established rivals, making it very difficult for them to maintain Premiership status for two consecutive seasons.  If a team with a P Share was to be relegated, it retains that Share and so continues to receive central funding, allowing them to significantly out-finance their new rivals in the Championship; making a return to the Premiership the following seasons much more likely.  In fact, in the 10 years since the creation of the share system, of all the P Share owning teams to have been relegated, 6 in total, only 1 has been unable to secure promotion again in the season immediately following their relegation.  Yorkshire Carnegie (once Leeds Tykes and the Leeds Carnegie) managed to win immediate promotion twice, until they were compelled to sell their P Share (for £5 million) to Exeter Chiefs in 2011. Since then they have failed to emulate that success.

The assessment of whether agreements can benefit from Article 101(3) is done on a case by case basis. The impact of the distribution of funds, raised by collective sale agreements, on the competitive balance of the sport, was not determinative in the Commission’s UEFA Decision, but that is not a bar to it being important in the case of Premiership rugby.  The collective sale of the rights to Premiership rugby matches would confer similar benefits upon its consumers (single point of sale) and create similar efficiencies (simplification of transactions and scheduling), but the deleterious effect the distribution of funds has upon the league, and therefore the end product for the consumer, means that it is not clear cut that Article 101(3) would be satisfied.  The PRL appear to have utilised an anticompetitive sale agreement to fund Premiership clubs in an anticompetitive way.  The lack of competitive balance in the league, exacerbated by the distribution of funds, has been very notable this season; with one commentator remarking on a recent London Welsh thrashing, that ‘a plate of undercooked halibut would have generated more excitement.’  Of course these mechanisms do not guarantee Premiership survival, one look at Bristol’s fortunes proves that, but they do allow anticompetitive manipulation of the market to be exerted by the incumbent teams.

‘Who’s Competing?’ is a Competition Law & EU Law Blog maintained by Angus MacCulloch of Lancaster University Law School created to support and inform my competition law research and teaching. Should a legal development strike me as interesting or important I’ll use this blog to explain what’s going on.

How to Crack a Nut

This, that and the other

Relaxing whilst doing Competition Law is not an Oxymoron