A Glimpse Inside the ‘Object Box’ 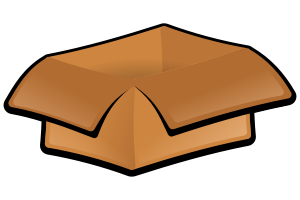 It’s not often that the Court of Justice gets to address one of the core concepts that underlie the antitrust prohibitions, but in Groupement des Cartes Bancaires the CJEU has taken its second opportunity to discuss the nature of Art 101 TFEU ‘object’ agreements in as many years. At the end of 2012, in Expedia, the Court discussed whether an ‘object’ agreement needed to have an ‘appreciable’ effect on competition. In Groupement des CB the CJEU gets to the heart of what it is that makes an agreement fall within the ‘object box’.

The Groupement des CB includes a number of French banking institutions who operate a system of interoperable banks cards (CB Cards). The Commission, in a 2007 Decision, found agreements relating to the Grouping, which dealt with its membership and operation, to be contrary to Art 101 TFEU. The General Court rejected the Groupings appeal in Case T-491/07 (ECLI:EU:T:2012:633) in its entirety.

The key point of interest in the judgment centres on the first ground of appeal where the appellant alleged errors in law in the GC’s assessment of the degree of harm of the contested agreement. It was submitted that an ‘object’ agreement is one that inherently pursues an objective the very nature of which is so serious or harmful that the negative impact on competition is clear, and there is therefore no need to assess its effects [25].

“certain types of coordination between undertakings can be regarded, by their very nature, as being harmful to the proper functioning of normal competition”

This is slightly different from the working used in the cases that the Court itself cites in support of its position. Notably para [35] of Case C-32/11 Allianz (ECLI:EU:C:2013:160):

The ‘by their nature injurious’ wording is also used in the Expedia case mentioned at the top of this post.

It may be legitimately argued that the shift from ‘injurious’ to ‘harm’ is merely one of semantics, but the CJEU goes on in a number of other paragraphs to refer not only to harm, but to ‘a sufficient degree of harm’. See, for instance, para [57]:

“the essential legal criterion for ascertaining whether coordination between undertakings involves such a restriction of competition ‘by object’ is the finding that such coordination reveals in itself a sufficient degree of harm to competition.”

In that, very neatly quotable, passage the Court can be seen, I think, as developing the law in three potentially interesting ways.

(1) The repeated reference to ‘sufficient degree of harm’ made me think of the idea of ‘consumer harm’ or ‘theories of harm’ in the economic literature. This aligns the language of the Court with that put forward by those who suggest that EU competition law should take a more ‘economic approach’ and move away from its traditional legal formalism. The battle lines between flexibility and formalism can be seen in a number of important Art 102 TFEU cases, see for instance Case T-340/03 France Télécom (ECLI:EU:T:2007:22) and Case C-549/10P Tomra Systems (ECLI:EU:C:2012:221); but are they also now being drawn up in Art 101 TFEU? I’m still sceptical as to the significance of the shift. The CJEU has so far been very resistant to requiring the proof of consumer harm, or a clear theory of harm, before an infringement can be found. I would need to see a much clearer indication from the Court that this was its intention before I was convinced it was abandoning its well established position. The Court still makes it clear, at [54], that the parties’ intention is a relevant factor to be considered – it’s not clear how that factor could sit alongside an economic consideration of consumer harm.

(2) The change in wording could be seen as subtly shifting the frame of analysis from the prospective impact of the agreement (injurious – could it cause an injury) into the present (harm – does it cause harm). Moving from examining the potential of the agreement to restrict competition, to examine the actual restrictions of competition imposed. This re-framing into the present does look to be a shift away from the prospective judgment whether the behaviour is ‘capable’ of restricting competition set out in Case C-8/08 T-Mobile Netherlands (ECLI:EU:C:2009:343). But this causes a potential problem. How do we distinguish between what will be needed to prove harm, and that which we need to prove the ‘actual effects on the market’ of the agreement [58]. The benefit for the Commission of placing an agreement inside the ‘object box’ is that you don’t need to prove ‘effects’, but now you seem to need to prove ‘harm’; what is the difference? Perhaps it is not necessary to prove actual harm, in the context of the market at hand, but rather that one should be able to show, convincingly, how such an agreement can cause harm. This would accord with the idea of showing a clear theory of harm, and how such agreements are ‘by their very nature, harmful to the proper functioning of normal competition’ [58].

(3) The final issue which arises in the ‘sufficient degree of harm’ formulation is the addition of a quantifier; one must show not only harm, but harm to a sufficient degree. Again this may only be making the blindingly obvious explicit rather than making a substantive change, but we shall have to see if ‘sufficient’ becomes another ‘appreciable’.

So, has there actually been any change?

You can probably tell from the tone above that I’m sceptical. There certainly has been a change in the language used, but the Court seems to treat the two forms of wording as being almost equivalent. I’m also flying in the face of one of the warnings I give my undergraduate EU law students about reading too much into a close textual analysis of a single language version of a CJEU judgment. The similar but different formulation may just be the product of the uniqueness of EU law, rather than a more significant shift in thinking. What we can say is that this is clearly a new way of explaining how ‘object’ agreements work; and with novelty there can be uncertainty.

For Readers of Competition Law and Policy in the EU & UK (5th ed) this blog should be read alongside the discussion on ‘object’ agreements in Chapter 6 beginning at p 168. It particularly relevant in relation to the discussion of Expedia & BIDS on p 169.

‘Who’s Competing?’ is a Competition Law & EU Law Blog maintained by Angus MacCulloch of Lancaster University Law School created to support and inform my competition law research and teaching. Should a legal development strike me as interesting or important I’ll use this blog to explain what’s going on.

How to Crack a Nut

This, that and the other

Relaxing whilst doing Competition Law is not an Oxymoron